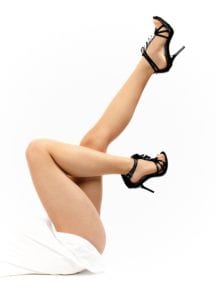 Beautiful, healthy people very often take frivolously to their health and even more so they rarely come up with the idea to start regularly at a fitness club. It is frantic to start choosing a fitness system for classes, to look for a fitness club, to ask friends to recommend the most experienced fitness instructor, we are most often forced by some problem that has arisen and become obvious, often not only for ourselves but also for others. Usually it is “unexpected” problems with excess weight, but sometimes we are forced to start some or other ailments. If you look at the statistics, up to 80% of women suffer from varicose veins. Thus, it can be said that it is varicosity that very often contributes to the fact that this category of people goes to a fitness club. Why in the fitness club? The fact is that excess weight actively contributes to the development of varicose veins, because excess weight creates pressure in the abdominal cavity and strengthens the load on the legs. Therefore, the fight against excess weight is definitely a step forward in getting rid of this disease.

Varicose veins – the disease is known to mankind for a long time and the mention of it can be found in various ancient sources. Despite the fact that mankind has been fighting this disease for many years, but to this day there is no exact opinion among scientists about the causes of this ailment. Many scientists believe that the disease is hereditary, but there are those who believe that the development of varicose veins occurs as a result of neuroendocrine disorders. There are versions of the onset of the disease, based on immunological disorders and allergic reactions. As it were not there, one thing is clear: it is that the blood flows through the veins of the legs from the bottom up, overcoming the earthly attraction. This is due to a combination of several factors. First of all, the blood rises upwards under the pressure from the artery, as well as the muscles that, when contracting, act as a pump, and, of course, the presence of valves in the veins that prevent the outflow of blood. In the event of a malfunction of these valves, deformation of the veins begins, and a drop of blood occurs. Thus, the developed musculature of the legs, good mobility of the person greatly facilitates the work of these valves and prevents the development of the disease.

Varicose extension of the legs develops gradually, first the skin pigmentation changes, it becomes dry, brown spots appear. With the course of the disease, trophic disorders appear in the form of poorly healing wounds, similar to eczema and even ulcers. Pain worries more in the evenings or in the afternoon. The further course of venous disease is expressed in the form of an increase in their size, a change in shape and a decrease in elasticity. Of course, the disease has stages of development. In severe forms, no fitness training is out of the question. For such people a special complex is chosen, consisting of gymnastic exercises specially adapted for such patients, but more often in such cases, the intervention of vascular surgeons is already necessary. If the stage of the disease is not so started, then the fitness club is exactly the place where, along with the help of doctors, you will be assisted by a fitness instructor, carefully working the muscles of your legs, thereby facilitating the life of your veins. It should be noted that before you start fitness, you need to get a doctor’s advice, especially in cases where severe swelling does not subside even after rest.

Speaking about the methods of training, it should be noted that the most acceptable for this disease are the exercises in the pool, where the load on the legs is minimal. But this does not mean that you should avoid training in simple fitness rooms. You can engage in, resorting to both aerobic and power loads, and it is better to perform both exercises. Aerobic exercise will relieve you of excess weight, strength exercises will strengthen the muscles. When choosing a power simulator, choose one that minimizes the strain on your veins. Very cool if the fitness club has a horizontal exercise bike – it’s very suitable for you. The legs are well developed and are acceptable for use in this disease, various swings in prone position. The treadmill can be used very moderately and only with the permission of the doctor. Group sessions should be held at a moderate pace. Try to pay attention to stretch marks and very well warm up before the start of training. Yoga, Pilates are great for people with venous disease, as many exercises are performed in the supine position and even with the legs raised up. 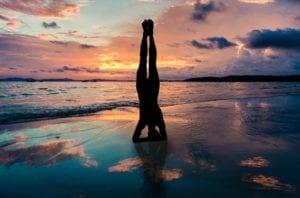 Unfortunately, there are limitations for this disease. When you come to the fitness club, you will have to avoid groups where you are doing on step platforms, or any kind of intense aerobics. Cycling, spinning, taibo – is also not for you. It is necessary to avoid during the training of bouncing. Doctors in varicose veins do not recommend lifting weights, so power aerobics, squatting with the barbell, or even any exercises with weights that carry the load on the legs are completely eliminated.

Of course, if you have been diagnosed with varicose veins or if you have found small, dilated vessels on your legs, you have nocturnal cramps, began to worry about the heaviness in your legs – this does not mean that you have to go to bed urgently and lift your legs upwards – the disease itself does not Will leave. From the foregoing it follows that it is time to go to the fitness club and understand that you have to play sports in case of such a disease; Just approaching the choice of training is slightly more demanding than healthy people.

It would be ideal to train in a fitness club with an instructor who has undergone special training.