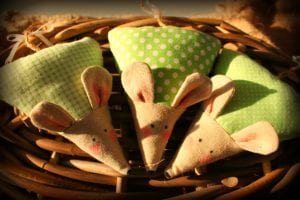 Canadian scientists from one popular university (Canadian University of McGill) conducted research and found interesting facts. If a certain type of protein does not enter the body, it will lead to a lack of obesity, so this protein is responsible for the body fat supply.

This is a very serious discovery, thanks to which, if everything will happen, it will be possible to get rid of very many diseases, among which the most popular is diabetes.

Up to some time, fat was of two types: white (this kind of fat helps to store energy for a long time) and brown (thanks to this fat the body received heat during processing). It turns out that there is still beige fat, it is a kind of hybrid of two fats. It basically manifests itself as white, but under the influence of certain factors (a decrease in temperature) it becomes brown.

At the same time, an interesting regularity can be traced – the more fat of the latter type passes into thermal energy, the less it goes into the reserve, accordingly, the possibility of the appearance of excess weight decreases. Since then, scientists have tried in every way to achieve the conversion of white fat to brown.

As a test specimen, as always, the mice came out. Scientists have disabled him a special gene that regulates the process of storing white fat, thereby they started the internal process of burning fat.
Mice were divided into two groups and fed fairly high-calorie food for two weeks:

“Improved” mice easily tolerated the cold, and the cells of their white fat markedly decreased in volume. These studies offer quite large prospects for the future. After all, if scientists manage to get similar results on a person, it will greatly advance medicine, saving many people from serious diseases.

One Reply to “How to make the body burn unnecessary fat?”